Kent Gardens Elementary School was designed in 1956 by the architecture firm of Bailey & Patton. The original plans for our school called for a 12-classroom building, but, due to enrollment growth projections, the Fairfax County School Board quickly directed Bailey and Patton to expand Kent Gardens to 20 classrooms. Construction began during the winter of 1957 when, on February 5, the School Board awarded the project contract to Banks & Lee, Inc., at a cost of $398,890. Kent Gardens opened its doors in the fall of 1957, but the exact date is uncertain. Records indicate our first principal, Agnes G. Lawless, was transferred from Oakton Elementary School to Kent Gardens effective October 28, 1957. The Washington Post reported on December 17, 1957, that our school’s Parent Teacher Association (PTA) was scheduled to meet in the school that evening, so it’s likely the building opened to students before that time. Our first PTA president was Theodore Valance.

Kent Gardens Elementary School opened during the post-World War II period known as the baby boom. In September 1952, there were 20,200 students enrolled in Fairfax County Public Schools (FCPS) at 42 schools. By September 1961, that number would climb to 65,207 students at 102 schools. Elementary schools in Fairfax County educated children in grades 1-7 until 1960, when FCPS opened its first intermediate schools, and students entering seventh grade that year shifted from Kent Gardens to Longfellow Intermediate School. There were no kindergartners at Kent Gardens until 1968. A kindergarten program was piloted in several schools in 1967 and proved so successful that one year later FCPS implemented kindergarten county-wide.

When Kent Gardens opened, public schools in Virginia were segregated by race. In the early 1960s, FCPS began a slow process of desegregation, culminating when all of Fairfax County’s racially segregated public schools were closed at the end of the 1965-66 school year. The closed schools were located in predominantly African-American enclaves, necessitating the busing of students out of these neighborhoods to formerly all-white schools, including Kent Gardens.

Unlike schools built today, Fairfax County schools constructed in the 1950s lacked air conditioning, gymnasiums, music rooms, and science classrooms. On warm days, teachers propped open their classroom windows to allow fresh air to circulate throughout the room. Physical education at Kent Gardens was taught outside, or, on rainy days, in classrooms and the cafeteria using equipment donated by our school’s PTA.

In February 1979, the School Board approved plans for the first renovation and modernization of Kent Gardens Elementary School. The plans included the construction of a center for students in the Gifted and Talented (GT) program on the second floor, a 3,500 square foot gymnasium, a music room, and an elevator.  The additions were designed by architect Michael F. LaMay, and were constructed by general contractor Whitener and Jackson, Inc., at a cost of $1.41 million.

In 1986, Fairfax County voters approved funding for a 10-classroom addition to Kent Gardens. The project began construction during the summer of 1987 and was completed at a cost of $1.66 million.

The addition was constructed in front of our building, where a black top play area once stood, creating a courtyard and new main entrance. In 1988, voters approved additional funding that allowed for the installation of air conditioning in the oldest part of our school. 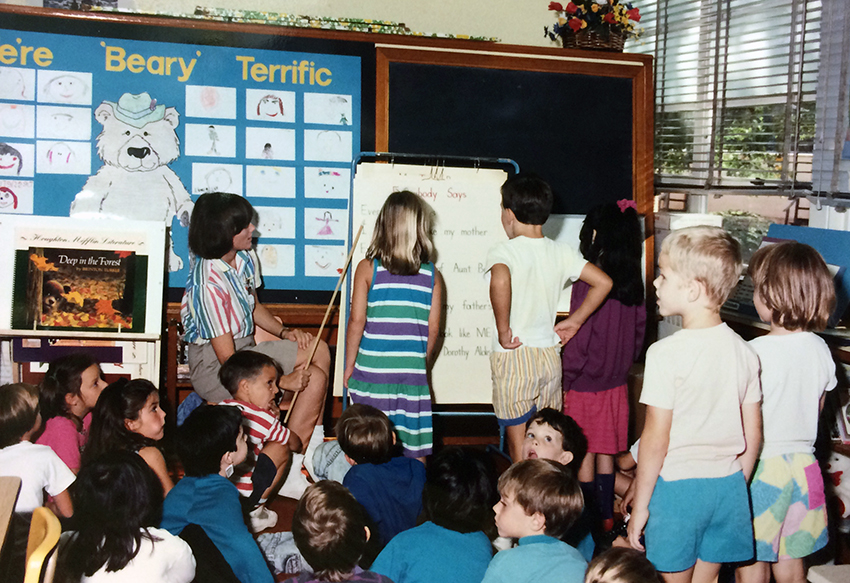 The merger with Lewinsville went very smoothly, thanks to the support of Doug Dalton, exiting principal. We held meetings so the parents could get to meet me, and we had assurances from FCPS Personnel Services that most, if not all, teachers would come with the students. The layout of the building was the same as Lewinsville so we did not have a student tour, as I recall. The transfer of all the Lewinsville students necessitated the move of the Gifted Center students to Haycock Elementary School. The Gifted Center had five teachers, all of whom went to Haycock. The merger also necessitated the closing of a private preschool that was housed in one of the classrooms. Virtually all of those students were rising Kent Gardens students, a venture that had been approved because there had always been enough space. The merger doubled the size of Kent Gardens.
~ Principal Nat Emery (1979-84)

Did you know that FCPS first began offering English as a Second Language (ESL) classes in 1975? Known today as English for Speakers of Other Languages (ESOL), the program began with 275 students, most of whom were refugees fleeing war-torn Vietnam. During the 1980s and 1990s, FCPS saw an influx of immigrant families from Mexico and Central America, and Kent Gardens’ student body in 1981 was comprised of 20 percent minorities. As early as 1975, Kent Gardens observed annual International Nights celebrating the diversity of our community. By 1983, our student body was comprised of children from Japan, England, Peru, India, Columbia, Australia, Korea, France, Nepal, and the Philippines.

During the early 1990s, Kent Gardens’ Human Relations Committee created a booklet for parents in which information was translated into Spanish. In October 1991, the committee reported to the School Board that it planned to expand its translation project into seven additional languages. The work of this Kent Gardens committee inspired FCPS to undertake similar translation services at a district-wide level.

The second building-wide renewal of Kent Gardens Elementary School began construction in the spring of 2001. Because of continued enrollment growth, the renewal included the construction of additional classroom space to relieve overcrowding. From September 2003 to September 2006, our student population grew steadily from 877 to 935 children.

Explore the changes to our school site from 1937 to 2009 in this series of aerial photographs courtesy of the Fairfax County Park Authority. 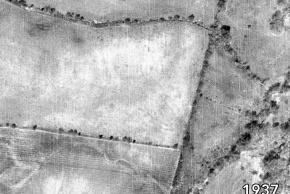 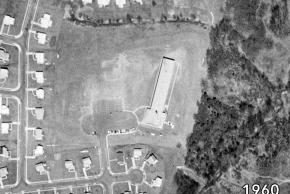 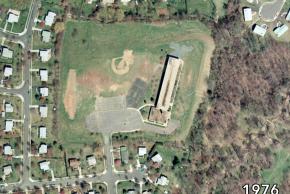 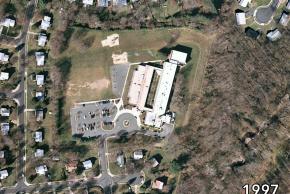 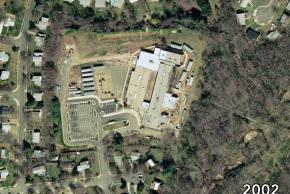 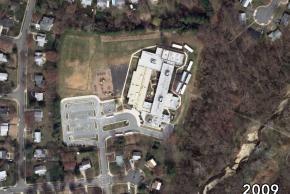 In 2004, the Fairfax County Public Schools Red Apple 21 television news team visited Kent Gardens to document a lesson in the Barbara Pressner Berman Distance Learning Center. The center was named in honor of a former special education teacher at Kent Gardens who passed away in February 1993. Take a look back at the distance learning center.

In 2008, Kent Gardens Elementary School celebrated its 50th anniversary. Our 2008 yearbook featured a retrospective of Kent Gardens’ history which you can view in the slideshow below. 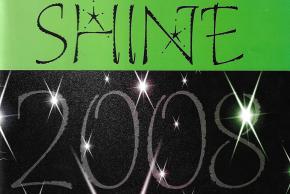 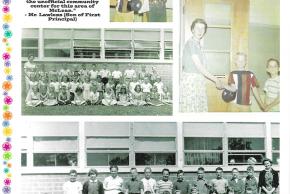 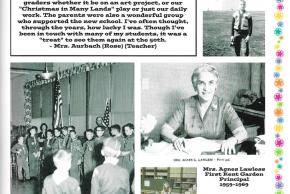 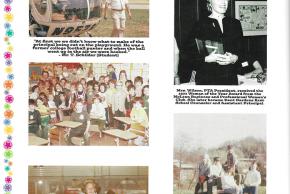 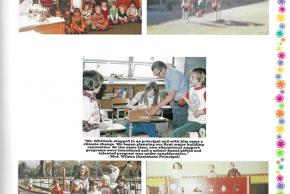 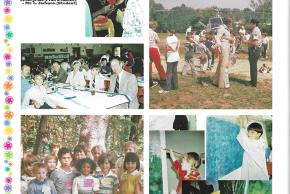 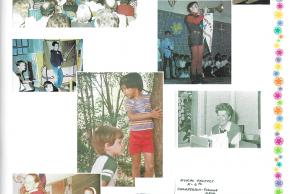 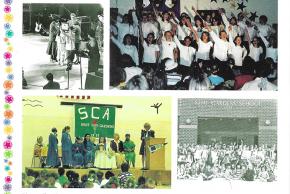 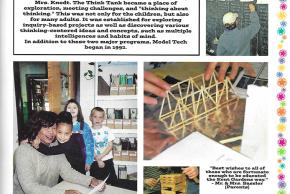 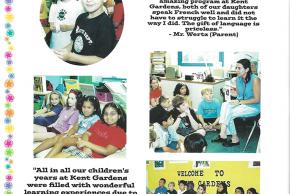 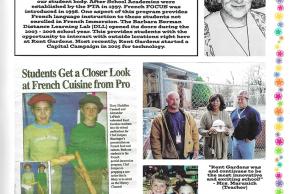 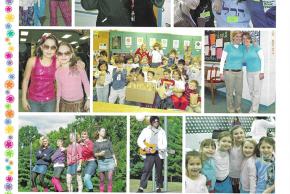 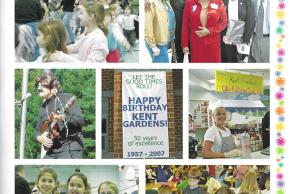 What’s in a Name?

Have you ever wondered how Kent Gardens Elementary School got its name? Find out in this video produced for the FCPS Red Apple 21 cable television channel.

Several major addition and renovation projects took place at Kent Gardens during Ms. Hooker’s principalship. She also oversaw the implementation of the French Language Immersion program and the creation of the Berman Distance Learning Center. Principal Hooker retired in 2013 and was succeeded by our current principal Holly McGuigan.